Thinking about a great read.

Claudia Hagadus Long: Nine Tenths of the Law ($14.95)
Claudia Long's historical novel "Nine Tenths of the Law" is about "two sisters, their mother, and a Nazi thief: combining the strands of history, mystery and the enduring power of buried memories." You can read more about it here. 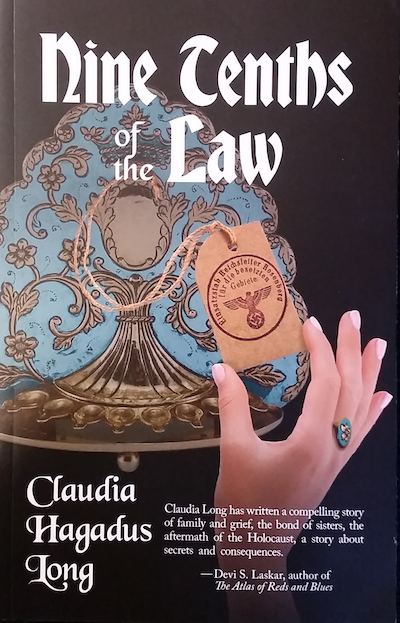 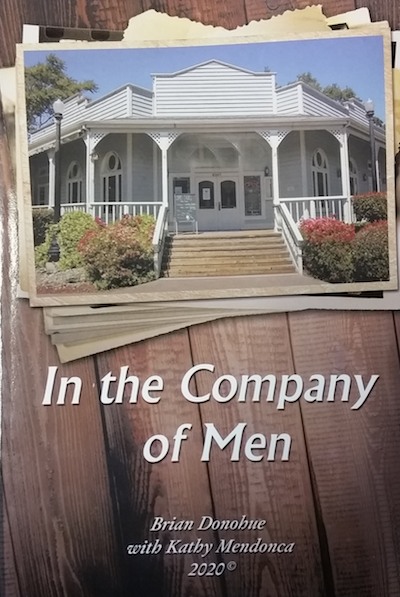 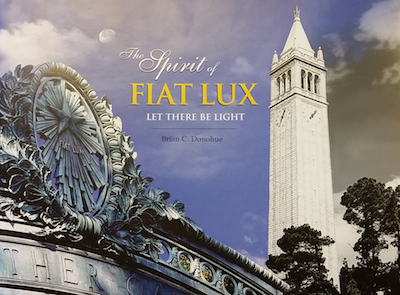 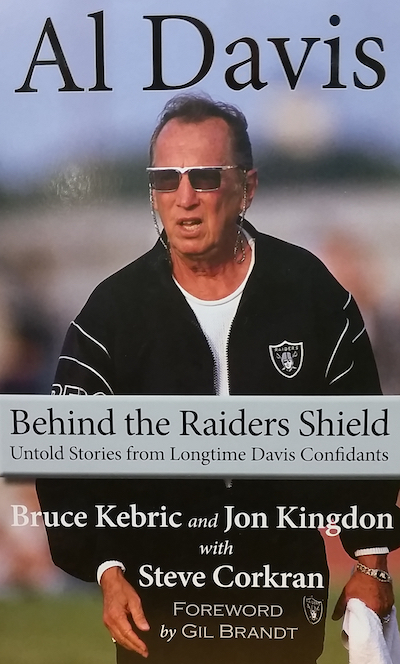 Raea Gragg: MUP ($19.99)
Raea Gragg's "MUP" is "a graphic novel for children ages 7-12. It's a coming of age tale that follows two girls on their adventure to save the earth and learn to accept the changes that come with time while staying true to themselves." You can read more about Raea and her book here. 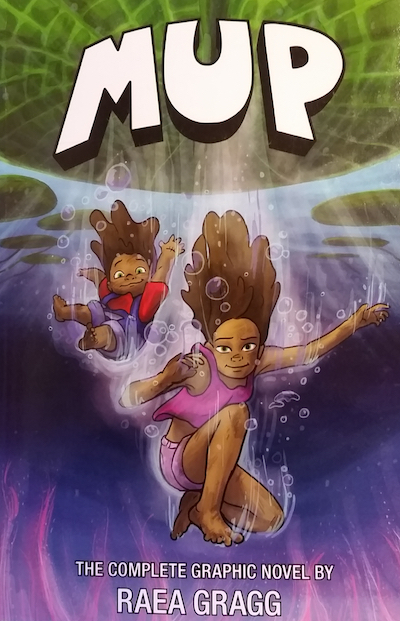 M. F. Metcalf: Inklings ($88.00)
In his new book, Inklings: John Wilkins Carter and the Carter’s Ink Company, Michael F. Metcalf tells the story of an old New England family and the companies they created and operated— beginning with Timothy Carter’s Old Corner Bookstore in downtown Boston and spanning a 150-year period. You can read more about this beautiful book here. 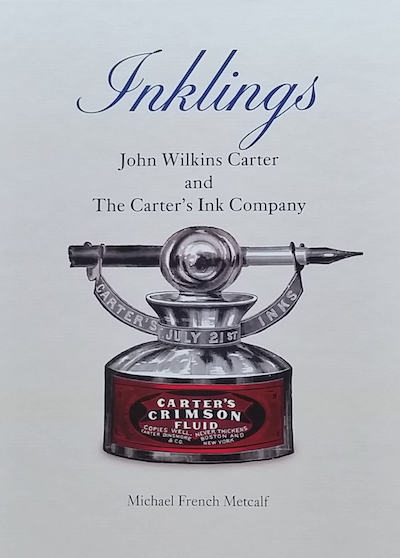 Jill Hedgecock: Rhino in the Room ($11.99)
Rhino in the Room is a beautifully written and an intellectually stimulating debut novel from Jill Hedgecock. It's power is in advocating for a worthy cause-that of the rhino, using the storyteller's eye. This is a novel for anyone with an interest in the natural world and the rhino. This is a novel for everyone! Read more here. 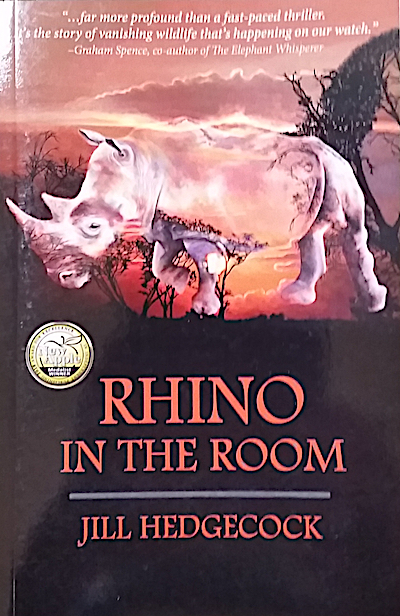 Jill Hedgecock: Between Shadow’s Eyes ($11.99)
After orphaned sixteen-year-old Sarah Whitman rescues a Doberman, her secret living situation is jeopardized. Shadow’s incessant barking has drawn unwanted attention from the authorities. Desperate to keep her pet, Sarah turns to an animal behaviorist, Dr. Claudia Griffin, only to be informed that Shadow barks because her house is haunted. Sarah is skeptical until a chance discovery reveals that she can see ghosts through Shadow by placing her fingers between her dog’s eyes — an act that inadvertently draws her into a deadly feud instigated by Dr. Griffin. Can Sarah find a way to save herself and Shadow? Read more here. 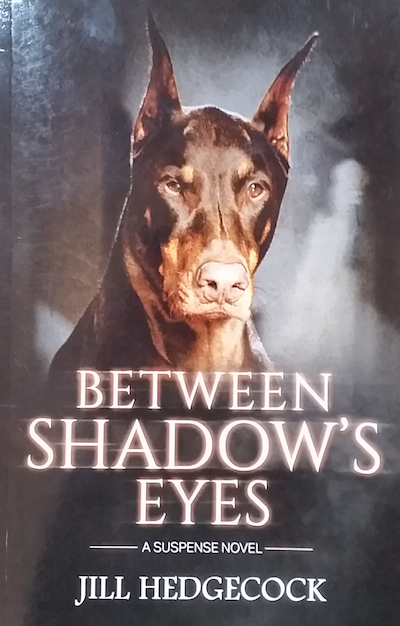 Jill Hedgecock: From Shadow’s Perspective ($13.49)
From the moment orphaned teen Sarah stepped through the door of her temporary foster home, her guardian’s “Mean Girl” granddaughter has made her life a living hell. More than anything Sarah longs to take her ghost-seeing Doberman, Shadow, and move back into the cozy home her father bought for her before he died. When Sarah brings Shadow to her new high school to model for a class art project, she spots the ghost of a toddler boy while petting the space between her dog’s eyes. Despite being warned to forget the incident, she becomes obsessed with finding out the child’s identity. Sarah’s investigation into the little boy’s death draws the attention of his murderer and she finds herself struggling to avoid becoming the killer’s next victim. Read more here. 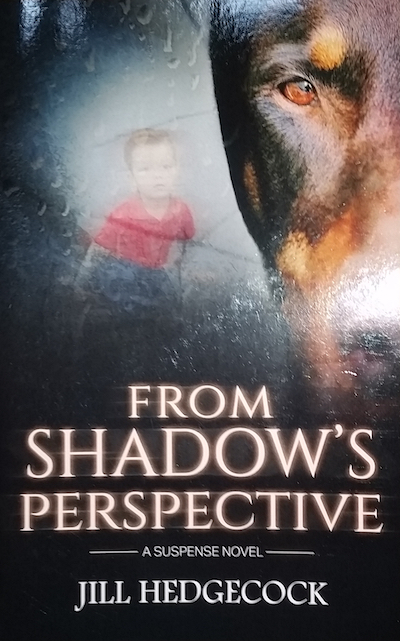 Cheryl Vaught: Plural Bride to Be ($15.00)
Cheryl Vaught is a teacher, writer, and ex-Mormon activist. She lives in Northern California with her husband and near her two grandchildren. "Plural Bride To Be" captures in novel form the the historic 1953 statewide police investigation of polygamy called Operation Seagull as it leads to young Karen Hardy's Utah farm family. You can read more about it on GoodReads. 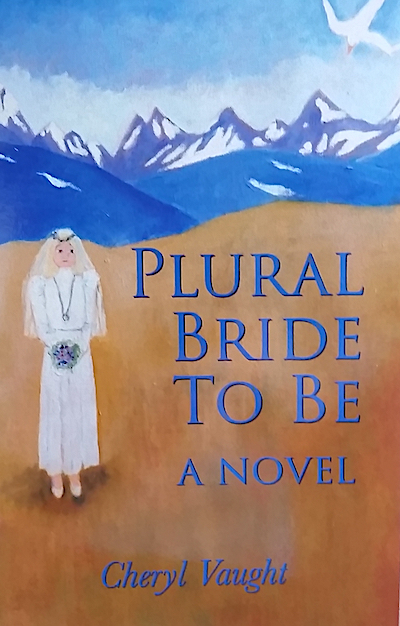 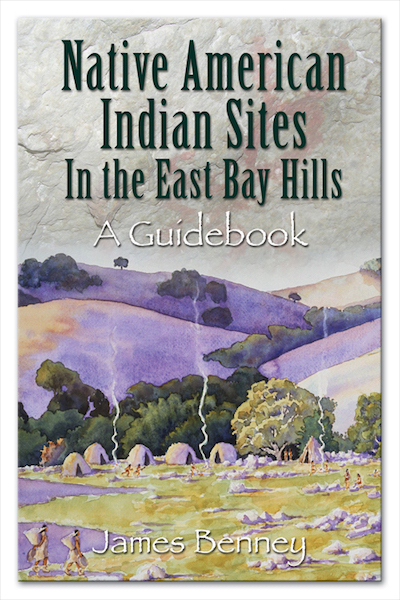 Jane Blomstrand: Meet the Principal ($13.95)
Jane's stories in "Meet the Principal: My Journey Beyond the Curriculum" will inspire and educate anyone with an interest in the important institution of education for the young. 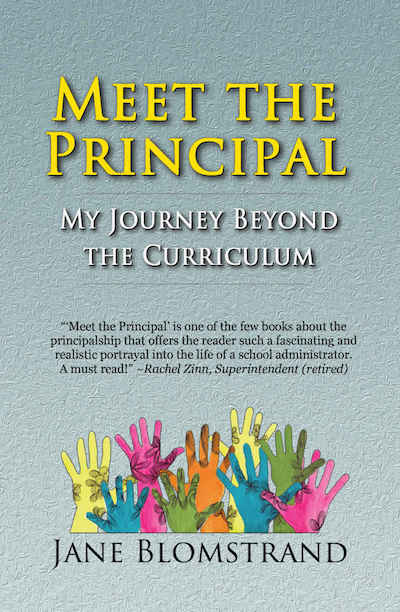 Lyn Roberts: Invisible Wounds ($18.00)
Invisible Wounds by Lyn Roberts, is "a powerful portrait of one man's struggle to heal from his trauma experienced in both war and personal life. When Steven discovers David Lane's Civil War letters, the similarities that haunt his own war in Vietnam set him on a path of redemption. With each discovered letter, Steven learns another part of the secret to healing and building a fearless life of purpose." 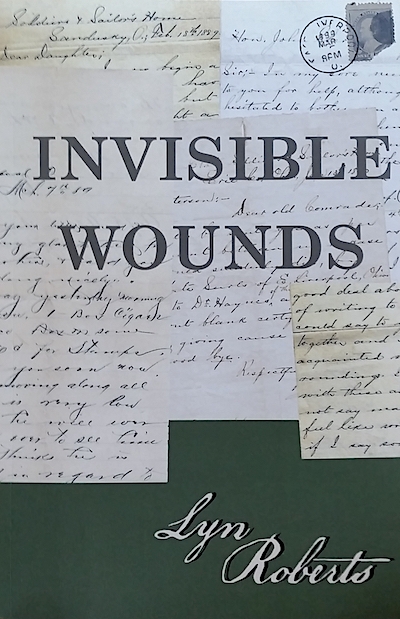 Steve Hobbs: Lafayette Reservoir ($70.00)
People fall in love with the Lafayette Reservoir. Local photographer Steve Hobbs has conceived of this book of his photographs and essays as a tribute to that amazing place. His book celebrates the "lifescapes." of the Reservoir - its striking landscapes, the diversity and beauty of its birds and wildlife, and the people from all backgrounds who come there to walk and jog, boat and fish, or pursue other outdoor passions. Steve also includes a section devoted to the beloved dogs of the Reservoir. His evocative images capture the beauty and rich variety of the Reservoir, with a touch of humor and playfulness thrown in. 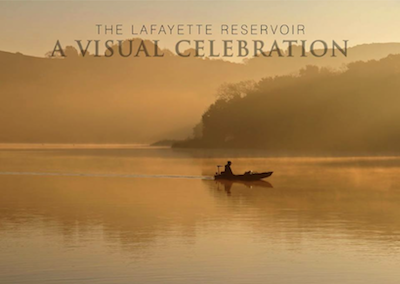 Madison Mooney: Manny the Monkey ($19.95)
Manny The Monkey by Madison Mooney is a charming story about self-discovery, self-confidence, and being unique, and Manny's inner journey will encourage readers to find themselves and understand that they can do anything as long as they use their minds. The illustrations are colorful and lively and breathe life into the characters and the scenes. The book is also a good way to introduce children to different types of animals and travel. Parents and tutors can use it for read-aloud and storytelling sessions at home and in schools to motivate children to find themselves, discover their life's purpose, and decide what they want to do in life. 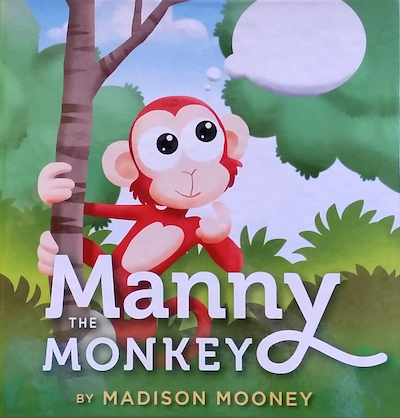 Susana Sanchez Young: Designing Chica Coloring Book ($15.99)
Susana Sanchez-Young has turned a pandemic side-project into a purposeful activity, finding a following on social media. Her coloring book captures many themes of 2020 in a book that will delight young and old. 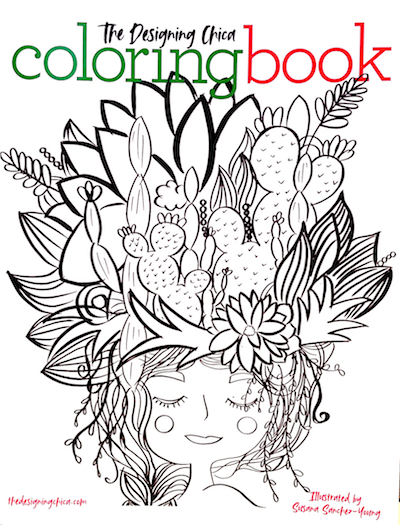 Carol Green: Guess Who’s Coming? ($14.99)
Carol Green has written a short, colorful picture book for the very young who have a new sibling on the way. Illustrated by Ron Clelland, it is meant as an encouraging and engaging aid for the growing family. 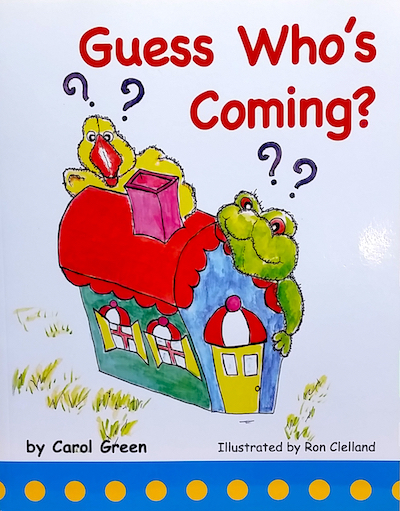 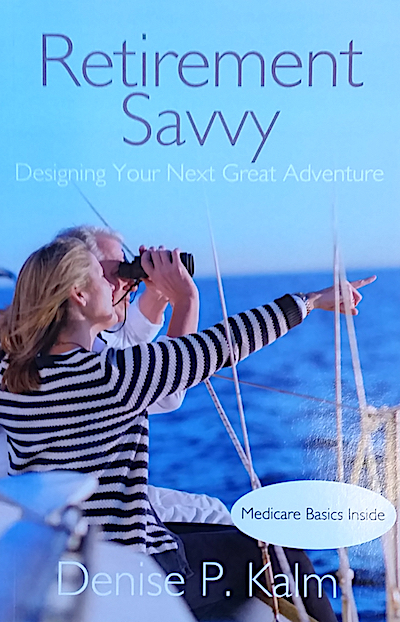 Denise Kalm: First Job Savvy ($10.00)
Denise also wrote "First Job Savvy" to show first-time and returning job seekers how to create a plan for success. "Readers will learn how to hit the ground running and be a standout success in their new job." 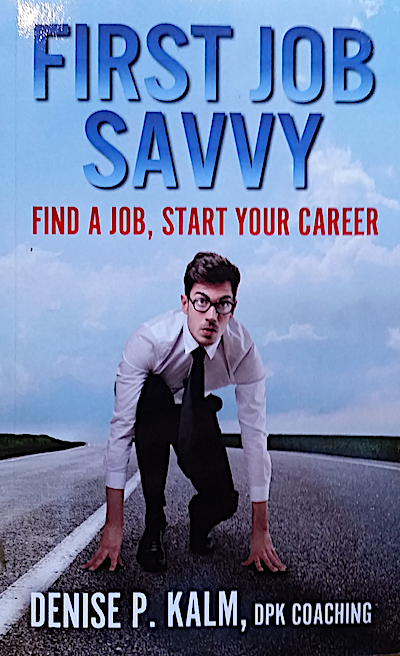 Barry Hampshire: Journey to Self ($14.95)
Journey to Self author Barry Hampshire writes: Over the past roughly seven years, I have written my memoir Journey to Self. It describes how a journey I took 42 years ago affected me and resulted in who I have become. In the last few years before retirement, I wrote short stories about my earlier life that I hoped my daughter may read, someday. As I looked at this mass of material, much of which related to the journey, I couldn’t deny that I’d had and was still living an incredible life. There were lessons to be found that could help other people steer their own lives to maturity and/or fulfillment. 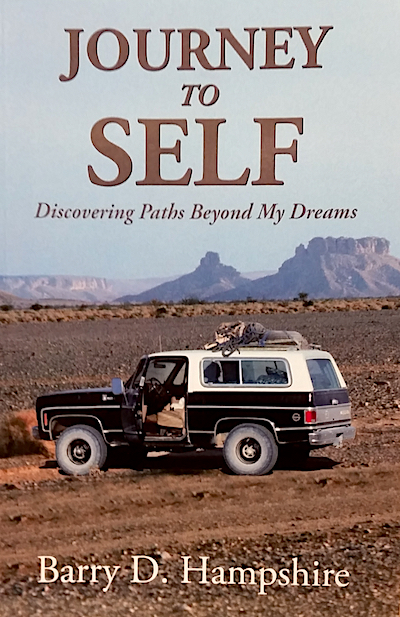 Deven Greene: Unnatural ($19.95)
From Indies Today: Unnatural is a flawlessly written medical thriller that focuses on a Chinese mother who will sacrifice everything to save her children. Erica is a bold protagonist who follows her instincts to some amazing discoveries. The narrative is driven by intelligent dialogue and a clever, yet heinous, plot. The cultural aspects between Ting and Erica feel authentic and the technical medical language is just complicated enough to feel genuine without becoming difficult to read. Deven Greene has created a truly gripping international thriller with just the right amount of humanity and compassion. 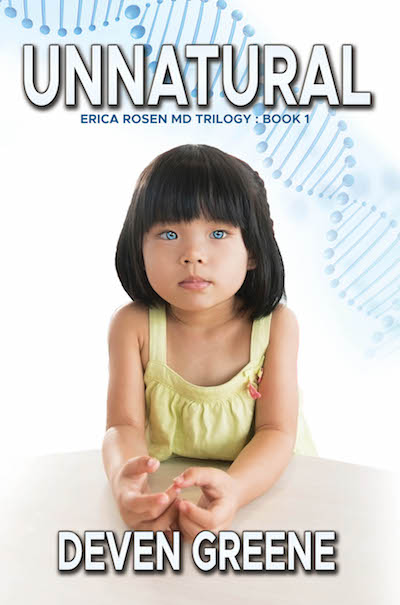 Ken Kerkhoff: Four Degrees North ($12.00)
In "Four Degrees North: Confronting Terror in Central Africa", Alan Burke accepts his first assignment with the U.S. State Department and travels to Africa. His wife, Mona, plans to join him in Cameroon after she finishes an assignment in Nigeria for her U.S. law firm. Mona is forcefully abducted and held hostage by Boko Haram, an Islamic terrorist group. Alan, frustrated by the inability of the various governments to assist his wife, acts on his own. In defiance of protocol, he crosses the Cameroon-Nigeria border to track the terrorists. He is aided by Eric Mbando, a Cameroonian, who risks his life for righteousness and justice. 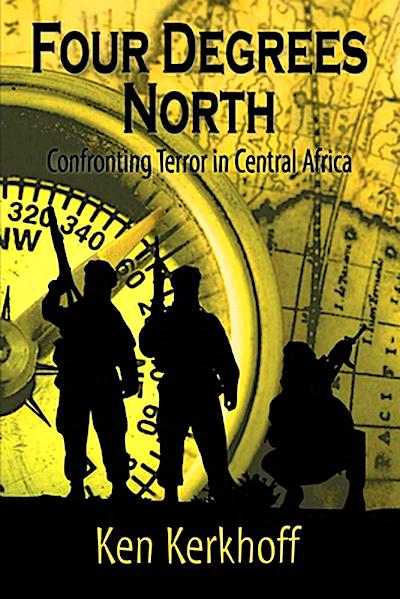 Ken Kerkhoff: Paper Boat ($11.00)
Appreciate the incredible history and culture of India through the fascinating tales of Kerkhoff and Pejathaya in "Paper Boat: Discovering India with a Master Storyteller". Both write with remarkable feeling as they interweave Indian experiences. Their stories offer a refreshing look at a remarkable country, its people, customs and its maze of religious proclivity. 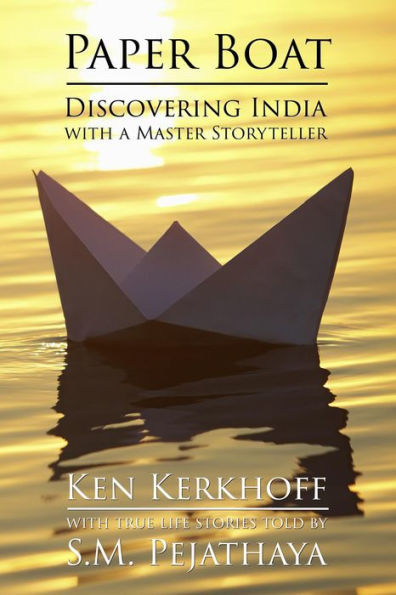 James Benney: Kaaknu the Volvon ($9.00)
The Volvon tribal territory remains virtually untouched today. Many village and camp sites lie undisturbed in the Black Hills behind Mount Diablo, part of the Morgan Territory Regional Preserve. One can still walk the paths Kaaknu the Volvon tribal leader walked, and see the same panoramic views of central California that he saw. In thirty-five short years he saw the complete dissolution of his tribe and the total loss of all of their ancestral territory to Spanish soldiers and settlers and the Jesuit Missions. 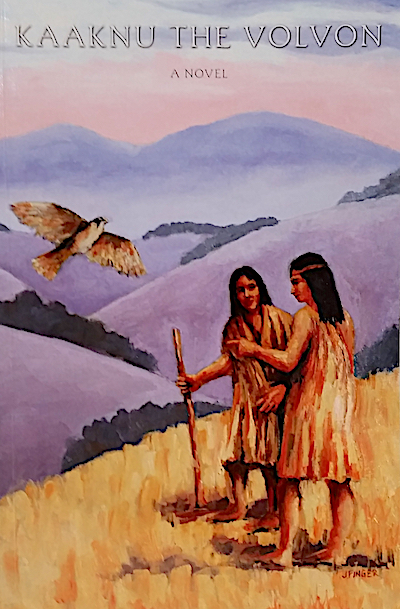 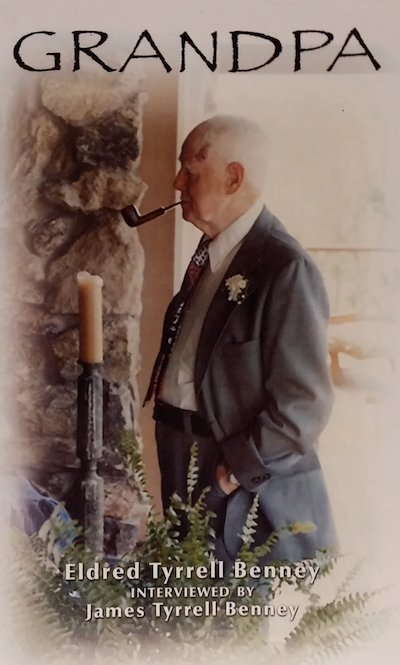 Peter Boffey: The Three Naked Ladies of Cliffport ($29.95)
"In Volume I, we hear the distinct yet disparate voices of Elisabeth and Katelyn Lowrie, and Jan McLoughlin, as they struggle to come to terms with one another and themselves. We witness Elise--despairing over failing communications with her headstrong daughter--retreat to the attic, there to embark upon her memoir composed as a long letter to her only child. Meanwhile, downstairs, buoyed up by her bottles of whisky and cartons of unfiltered cigarettes, Jan--the outspoken landowner returning after fifty years--launches out on telling her life story to Katie aloud.

"In Volume II, we watch Katie spanning the gap between the two older women while hatching a plan that may enable the Lowries (and Donald Duncan, Katie's 10-year-old son) to remain living on the place." 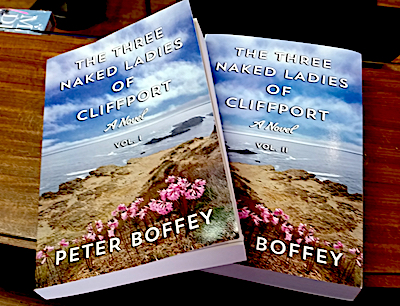 Kent Gordon: Victory Over Anxiety, Depression & the Human Condition ($10.00)
"This book is a compassionate and easy read for those who are hurting and in need of rescue on the road. It opens up possibilities where only dead ends are thought to exist. It gets those in need back on the road with the understanding and insight God intended." 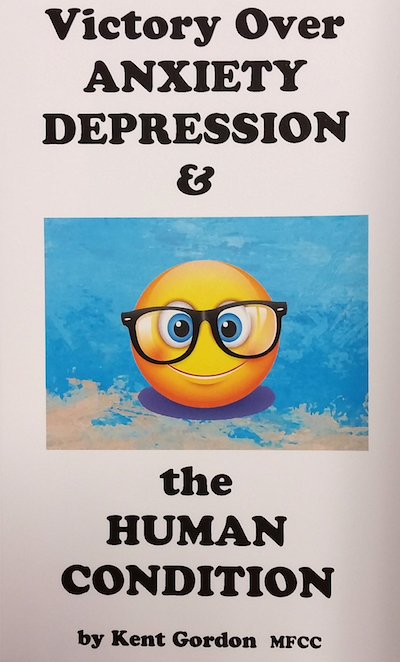 Kent Gordon: Difficult Conversations: Restoring the Relationships Between our LGBT-Q Friends, Families and the Church ($10.00)
"This book is a compassionate introduction to and discussion of Gods’ viewpoint for both the open-minded non-Christian and the Christian struggling to believe." 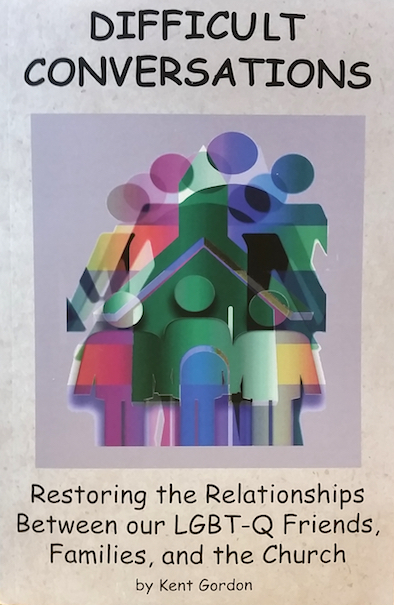 Sandra Ann Harris: Say Goodbye to Plastic ($15.00)
If you've heard of the plastic-free lifestyle, but think you don't have time for it in your busy life, prepare to be delightfully wrong. Goodbye Plastic shows you how, whether you're seeking to knock plastic out of your life or just try out a few novel eco-hacks in your kitchen, bathroom, office or dining room. Plastic pollution activist and entrepreneur Sandra Ann Harris invites us to say goodbye to plastic, room by room. 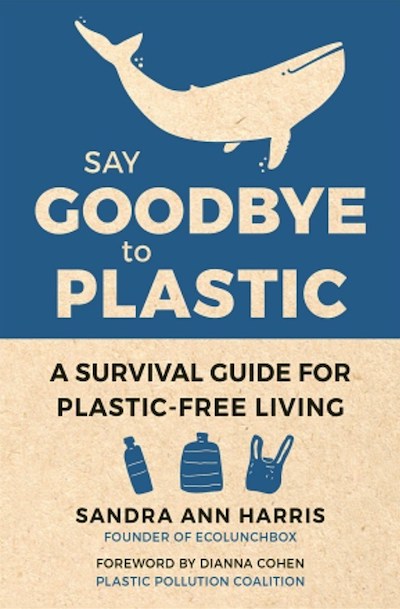